On Saturday, February 18, we had the pleasure to officially inaugurate our Royal Decameron Cornwall Beach, under the radiant Jamaican sun and facing the beautiful beaches of Montego Bay.

During the event, we were honored by the presence of Jamaica’s Prime Minister, Mr. Andrew Holness, the Minister of Tourism, Mr. Edmund Barlett, Montego Bay’s Mayor, Mr. Homer Davis, the president of the Decameron Group, Mr. Fabio Villegas as well as local and international media.

In his speech, the prime minister emphasized that one of the priorities of his government would be to facilitate foreign investment that supports the island’s economic growth and the creation of new jobs.

He also mentioned the Hip Strip master improvement plan, the main street on which our Royal Decameron Montego Bay and Royal Decameron Cornwall Beach hotels are located. This is without a doubt a project that will strengthen the appeal of the area where we are located.

On his part, our President, Fabio Villegas, gave a short speech expressing the commitment of the brand with the country’s growth through creation of jobs and development of future projects, emphasizing that the company’s main asset in the island is its people’s spirit and culture.

The hotel complements our two other properties in Jamaica, the Royal Decameron Montego Bay and the Royal Decameron Club Caribbean, providing our travelers with ideal options to enjoy what is for the eleventh time the main destination in the Caribbean according to the World Travel Awards.

We are waiting for you with all the Antillean flavor!

Say Yes to new trips, dreams and goals to achieve 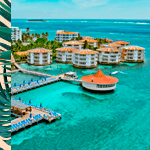 We reactivate the 5x1 beach club in San Andrés 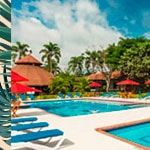 We reactivate the 2x1 transfer service in the coffee region 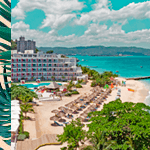 Enjoy 2x1 at our Decameron Hotels in Montego bay jamaica

Uses of areas in the hotel When you can travel again We understand the current situation and we know your plans may change Decameron Hotels receives Hotels.com award Los Cabos All Included Once again, Tripadvisor Certifies the excellence of Decameron Hotels In San Andres, get 5 hotels for the price of 1 plus a Beach Club The first hotel to be developed in Serena del Mar has been confirmed We are winners in the #LatamDigital awards in the Digital Tourism category!

Experience the peruvian tradition in the All-Inclusive style, in the renovated Decameron El Pueblo! All-Inclusive Plus” New services for those who always want more. Today, the acquisition of the Decameron Golf, Beach Resort & Villas in Panama is official. TripAdvisor and our clients once again certify our excellence!

We are worldwide pioneers in receiving the international certification “Hospitality Excellence Program” Our commitment: Serve with passion! ¡Decameron is Awarded The #LATAMDIGITAL Award! The warmth of Jamaica opens its arms to our third hotel on the island ‘2017 Travelers’ Choice’ Awards confirm that families prefer us in Colombia A Touch Of Modernity In Our Decameron Cartagena

More heat and more reggae in Caribbean Jamaica New beach look for our Decameron.Com website The authenticity of the Peruvian Andes is now #AllInclusive Awarded by the families A favorite among Colombian families Adrenaline and flavor “PanaMás” fun Temporary pool closing at Decameron Maryland

Time to make a reservation has expired

Apparently inactivity has caused it!